Nerd vector characters have recently become really popular. Web designers use them often on projects when they need to present knowledge and skills. Nerds are generally people that are very good at something. Nerds are also people that are doing a hobby more actively than normal. In both cases, nerds are poorly socialized and often do not feel good around lots of people. And the first thing that came in our mind for a nerd is a computer expert. That’s why we have designed a nerd vector character that works as tech guy. He is sitting in front of a computer and is doing his job with pleasure. He has all typical nerdy things – glasses, strange haircut and an ordinary sweater.

We have created a nerd vector character that doesn’t care about social integration. And that’s completely normal. Nerds don’t give a penny about socialization. They are passionate about all modern technologies and are devoted to gain maximum skills in their field of interest. 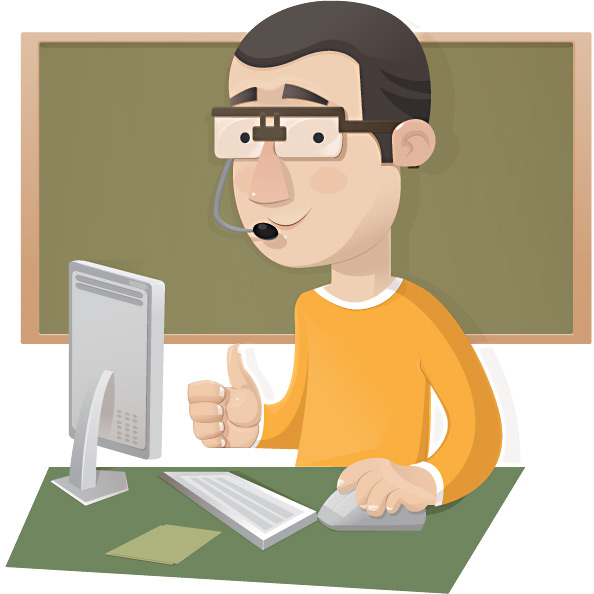 Note that if you want to spread the word about our freebie, you need to link back to this post. Links to download page or download archive are not allowed.