Awesome vector illustration of a young boy wearing green cap. We wanted to create a boy vector character for so long, a cartoon character that will surpass all other free vector characters around the web.

And today we’re presenting the final result – a clean, sharp and attractive boy character. That’s an unique vector illustration that is just a click away. We’ve included all vector files in the downloadable pack, so you can modify any aspect of the boy cartoon character, e.g. change effects, shapes and size as you wish. Just use a proper vector editing software like Adobe Illustrator. We guarantee that this vector boy character will go on all kind of web and print related projects with no worries. 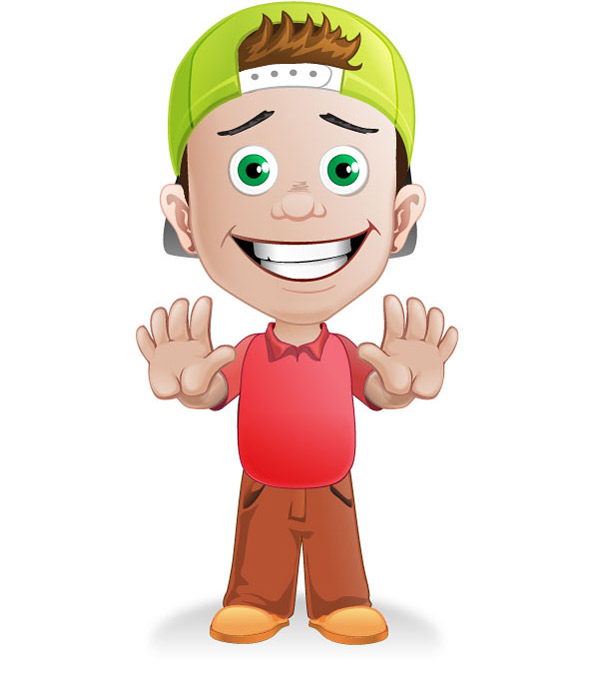