Highly detailed vector character of a bad boy. It looks like he’s arguing with someone and he’s definitely in a bad mood.

This vector character is just what you need when calling for attention, it will help you to present your products and services more effectively. Use the vector boy illustration for any web and print related projects – website designs, flyers, posters, collages, etc. We have designed the cartoon character in vector shapes which is great for resizing into any resolution. Just open the illustration with any vector editing software like Adobe Illustrator. Download the vector files of the boy cartoon character now for free! 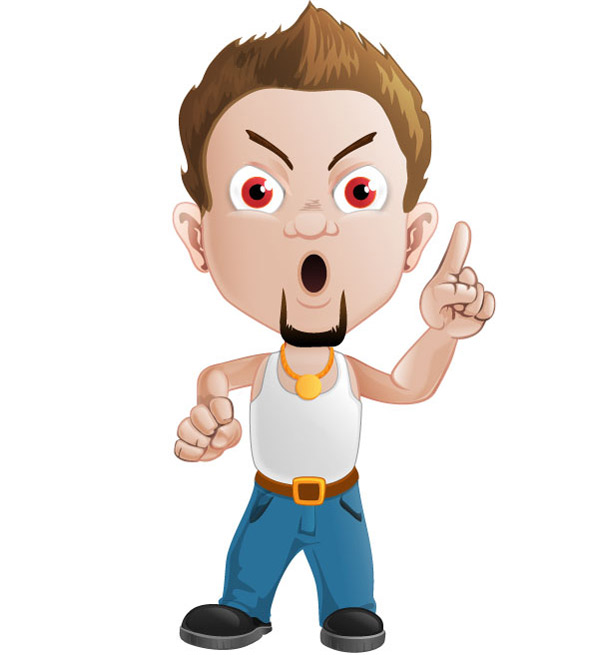