A businessman cartoon clipart made in a transparent PNG. This Afro American businessman is perfect for business related projects.

He is dressed in a suit, he is smiling and wears a nice glasses. We’ve made this cute character in a modern flat style, so you can just import it in your designs and impress your audience.

He is made of vector shapes, so if you need him in another color scheme, you can easily change them with just a few clicks with the included vector Ai file. 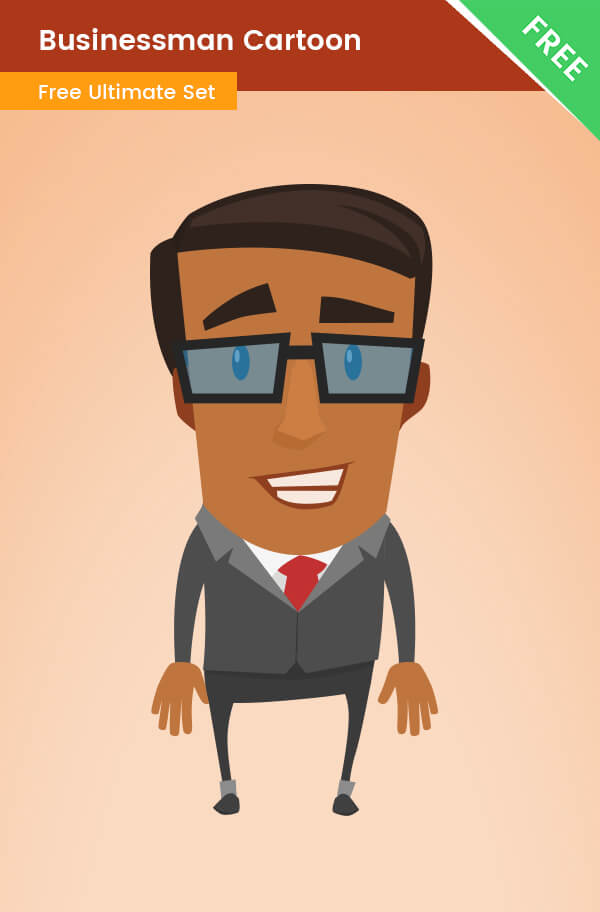