A Pig Vector Character that is available as a set of 112 premium poses. This cartoon pig character is made of vector shapes, so don’t hesitate and grab him now.

This young pig character is dressed casually. He is designed in a cute style, so he will grab the attention of your visitors for sure!

In this set, you will find 30 different emotions poses, 14 presentational poses, 12 poses with backgrounds, and 56 concept poses that include holding a gift, a laptop, a book, a letter, a briefcase, charts, and many more. 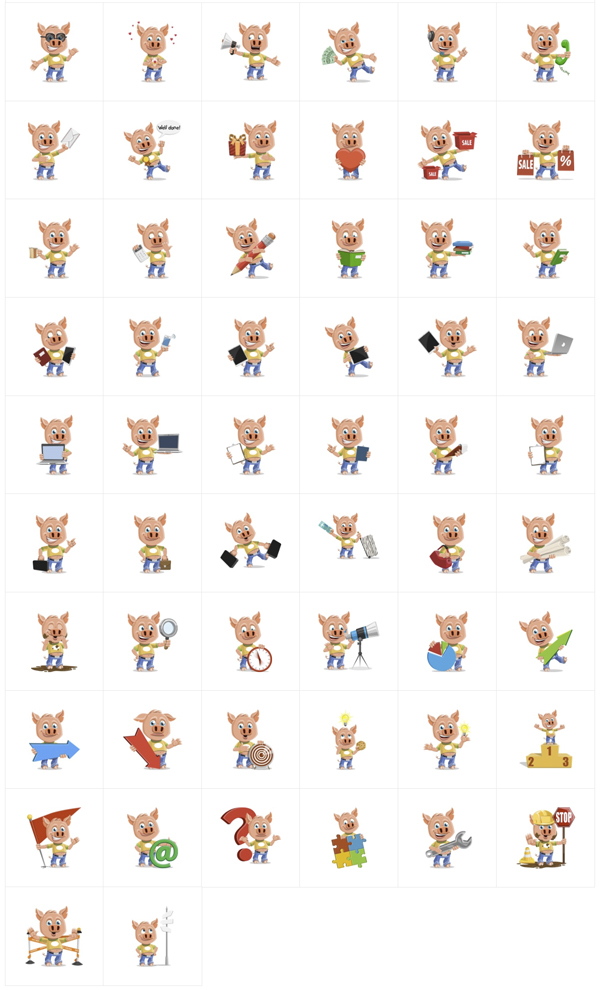