Female vector character featuring clean and clear style. We have created a great illustration and now we share the sources with you.

Attractive female vector character designed in vector file format. She’s smart and attractive and at the same style stylish and elegant. That’s a pretty good cartoon illustration that will surely come in handy on time or another. You know, high quality vector characters could improve the whole look & feel of your artworks. Moreover, you will produce friendly and welcoming atmosphere. So, take any of our ready-made vector characters and use freely for your web and print related projects, be it website designs, mobile applications or business cards and brochures. We have properly grouped and named all vector characters to make the process of editing easy and intuitive. So, don’t hesitate anymore and download our female vector character illustration, after all she looks so cool that you shouldn’t hesitate at all! 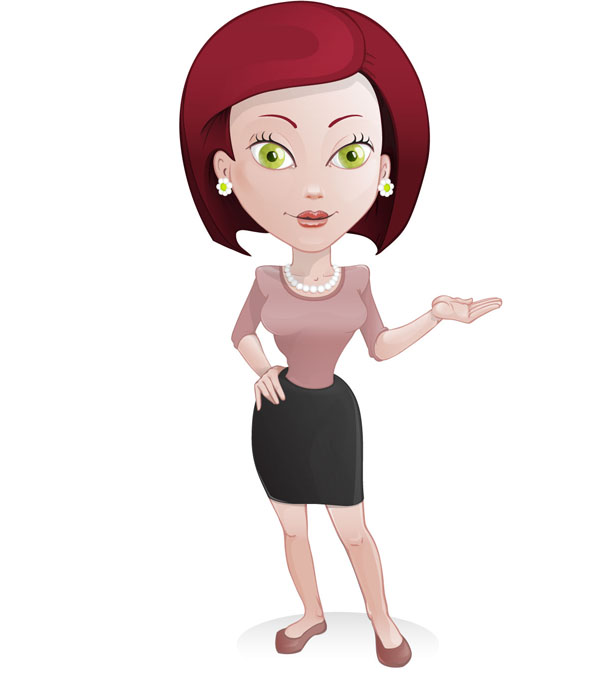