Highly detailed male vector character released today for free download! We have designed the cartoon character with all business needs in mind – he’s holding a piece of paper.

That’s very useful when you need to place some text, promotion or just an image. We have included vector source files which are ready to be used on all kind of web and print related projects. You just need a proper vector editing software. Adobe Illustrator will do the trick. So, download our vector boy character and take your artwork to the next level! 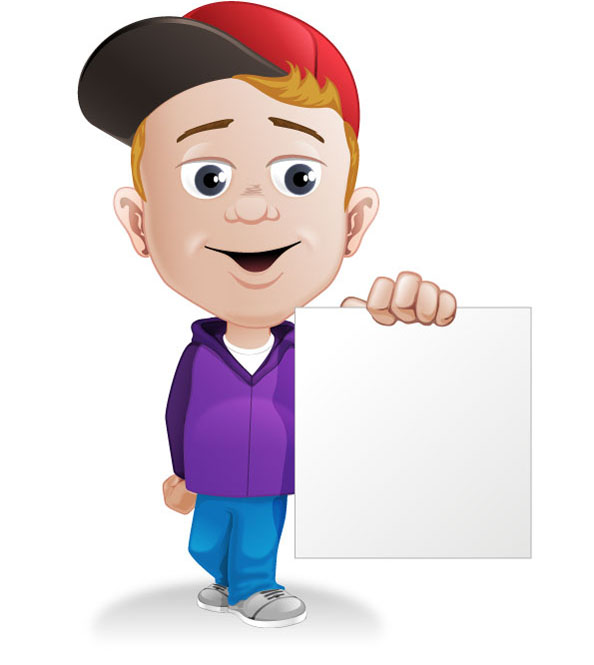