Impressive collection of 7 vector illustrations released today for free download! These free vector characters are really awesome! We guarantee that the high quality characters are completely resizable and scalable and you will not lose any effects if you try to enlarge them. These funny characters could be used on all kind of web and print related projects – web designs, business cards, flyers, posters, collages, etc. The reason these cartoon characters could be used on so many projects is that they are made of vector shapes. They can be resized as much as you want so don’t worry if you need a super big illustration. That’s not impossible. There are 7 different poses that will surely satisfy your needs. The characters are so funny and good-looking. Do not hesitate and download the vector illustration set now for free! 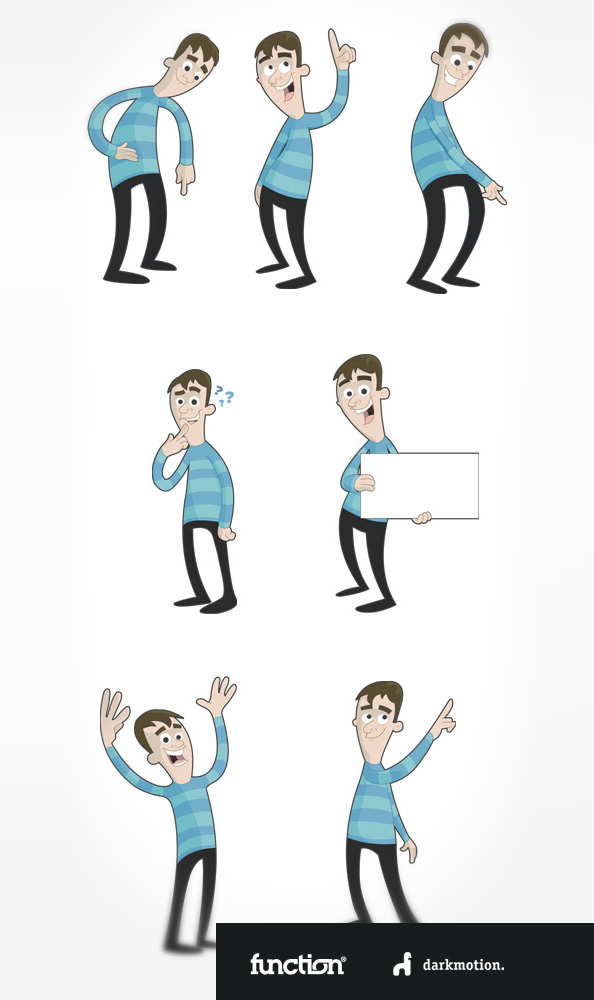